Top Ten Tuesday was created by The Broke and the Bookish in June of 2010 and was moved to That Artsy Reader Girl in January of 2018. It was born of a love of lists, a love of books, and a desire to bring bookish friends together. This week’s topic is books that I decided DNF. I don’t think I decided to finish all of these quickly. I actually feel VERY guilty about not finishing a book, especially if it’s an ARC and some of you probably know that it takes DAYS for me to finally let it go.

Verdict: Did not finish about fifty percent. Even tried starting it a second time after more people raved about it. Gave it an honest effort.

2. Operation Prom Date by Cindi Madsen. I wanted to like this book. It was about prom, fandoms and OTP’s and fake dating I think and what not. It had the potential to be a super cute, fast read. 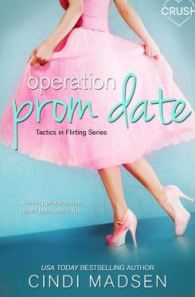 Verdict: Most likely will not pick up again. Might be too old to read prom related books, but it had great potential.

3. A Court of Wings and Ruin by Sarah J. Maas. Ok, before you hate me forever for hating the most popular book series in the young adult fandom please note that I actually gave this series an honest effort. I made it to the end of the fourth book.

Verdict: Did not finish, gave it an honest effort but could have gotten through Wings and Ruin a bit further than I actually did. It had really good potential. A Court of Thorns and Roses was a hard book to push through but I did actually like Mist and Fury. I just couldn’t try anymore with Wings and Ruin. It has a really cool cover though and a cool plot. I will admit to that. Maybe one day!

4. These Vengeful Souls was a library ebook. I didn’t feel too guilty about not finishing this one because it was a library book. It was kind of like X-men!

Verdict: I also gave this series an honest effort. It had such a cool spin and potential but it kind of got lost on me sadly. Will most likely remain on the DNF shelf.

5. I have lost my way by Gayle Forman. I TRIED so hard to get an ARC for this book, but ended up getting it as a library ebook. But it was a DNF.

Verdict: I may have judged too quickly because I did not finish before 30 percent. I got annoyed that the title kept being repeated every so often in some relation to the story and decided not to put up with that. Maaaaaaaybe I will try rereading it sometime in the future but it is doubtful. It was another book that had potential for me.

6. Now a Major Motion Picture by Cori McCarthy. I still feel really guilty about this one. This one was another highly anticipated book because it was about Ireland and it had a good plot. It just didn’t meet my expectations at the time.

Verdict: I might give it another shot when did not finishes are not making me feel so guilty or making me cringe or whatever.

7. One of Us is Lying by Karen M. McManus. This book had serious potential for me because it sounded like it was going to be more like the Pretty Little Liars tv show instead of the PLL books. But it wasn’t a hit for me.

8. How to Hang a Witch. I think this one got a low rating for me and a low DNF book. It was about witches and Salem and had all the makings for it to be a good book. 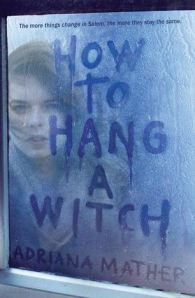 Verdict: I might try reading it maybe in October or something again since I really LOVED The Wicked Deep. Maybe. It would have to be a library ebook again.

9. Breakaway by Sophia Henry. The cover pretty much says why I didn’t finish it here. A friend recommended this book to me when I was on a sports romance kick but uhhhh it was a bit more steamy for me than I would have liked. She laughed at me because I did not finish it quicker than she had.

Verdict: Couldn’t DNF soon enough. It was a digital ARC from Netgalley but it was definitely steamy, haha.

10. The Hunger Games by Suzanne Collins. Ok, this is actually a finished series. BUT. The Hunger Games was on my DNF list from 2011-2017. I couldn’t stand the hype of it and remained far away. But the movies kept popping up and a friend got me to watch the first movie with her for free back in school. I didn’t like it the first time. Then last year I watched the second movie one night. I liked it, and Finnick Odair became my favorite character. I ended up going back to the books through Kindle Unlimited and my used bookstore and I also bought the movies.

Verdict: Originally skimmed just to say I read it, but really I did not finish it and I judged it way too quickly. It was better the second time I read it. IDK if this counts, but it was a forever DNF book for several years. I was proud of myself for giving it another chance.

What do you think? Did you ever did not finish a book you were highly anticipating? What about one that is really popular? Does the hype make you stay away? Do you feel guilty for marking books as DNF? I have SUCH a hard time with that. Feel free to comment below!

3 thoughts on “Top Ten Tuesday: Books that I Decided to DNF (did not finish) too Quickly”