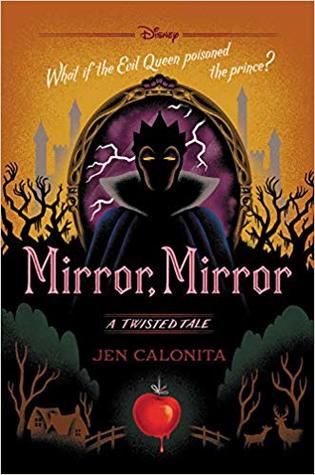 What if the Evil Queen poisoned the prince?

Following her beloved mother’s death, the kingdom falls into the hands of Snow White’s stepmother, commonly referred to as “the Evil Queen” by those she rules. Snow keeps her head down at the castle, hoping to make the best of her situation.

But when new information about her parents resurfaces and a plot to kill her goes haywire, everything changes for Snow. With the help of a group of wary dwarfs, a kind prince she thought she’d never see again, and a mysterious stranger from her past, Snow embarks on a quest to stop the Evil Queen and take back her kingdom. But can she stop an enemy who knows her every move and will stop at nothing to retain her power… including going after the ones Snow loves?

I think this was one of the best Snow White fairy tale retellings I’ve read in a long time!

Let’s see….This book just sucked me in almost from the start. I finished it within a day. We had the dwarfs. Name another Snow White retelling that has the dwarfs in it because I can’t think of any that has them in it other than Once Upon a Time, but that’s a tv show, not a book.

The evil queen was evil enough in the way that it was just well done. We had flashbacks for Snow and the evil queen.

The only flaw I saw was that I felt more connected between the other characters instead of the romance plot. I thought the purpose of Henri’s story should had happened sooner than it did to make it stand out more. I don’t want to give too much more than this because I don’t want to spoil it for anybody.

Overall, Mirror, Mirror was still one of the best Snow White retellings. It was a five star read based on the fast paced, characters, flash backs and the connection between other characters and the evil queen herself.

Thank you Netgalley and publishers for giving me the chance to read and review the book! This had no impact on my thoughts. My thoughts were my own.

What do you think? What are some good Snow White books that featured the dwarfs in it? Who is your favorite villain?

6 thoughts on “ARC review for Mirror, Mirror by Jen Calonita”