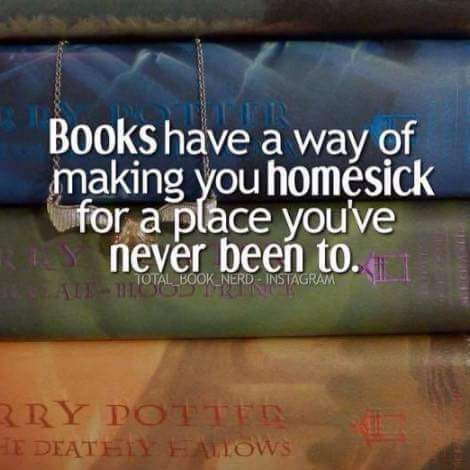 I was not tagged by anybody to do this post but since this week is Harry Potter week, I thought I’d do a Harry Potter related tag. I saw this on Bookish Luna’s page. (Edit: photo was on my phone. I’m not taking credit for it.

The Rules
Link back to one of Weird Zeal’s posts so she can see that you’re taking part!
Tag your friends and tell them to join in as well!
Have fun!
Divider

1: What house are you in?
I am in Ravenclaw, but Hufflepuff was my second house as well. So I consider myself to be a ravenpuff at times too.

2: What is your patronus?
I’ve actually never taken a test to see what my patronus would be, but I think it would probably be a cat.

3: What is your wand?
I’ve sadly never done a wand test either. I should really get back onto Pottermore to find this stuff out.

4: What would your boggart be?
Right now it would be spiders. I HATE spiders now.

5: What position would you play in Quidditch?
I’d probably be a spectator or the Keeper if I really had to have a position.

6: Would you be a pure blood, half blood, or muggle born?
I have no idea, I mean any of these options would work for me because in any situation I would be a witch. (Stealing this answer from Bookish Luna.)

7: What job would you want to have after graduating Hogwarts?
I’d like to be the Hogwarts Librarian. Or working for The Daily Prophet since that would be similar to what I do right now.

8: Which of the Deathly Hallows would you choose?

I would pick the Invisibility Cloak. I’d go to the library or the bookstore undetected like Harry does in the first book. Except he didn’t go to a bookstore, just the library.

9: Favorite book? I LOVE Prisoner of Azkaban, Goblet of Fire, and Half-Blood Prince.

I never really was a fan of The Chamber of Secrets. (Stealing this answer again because Bookish Luna and I had this in common.)

11: Favorite film?
The Prisoner of Azkaban was my favorite film. I liked how everybody seemed more into Hogwarts then. It was also dark because of the Dementors, and we also learned more about Harry’s parents, Remus, Sirius and Peter. I liked getting introduced to Hogsmeade and butterbeer. It’s just one of the last books everybody is “happy” before everything gets dark. I love when Hermione punches Draco and drops out of Divination. I love how Oliver Wood looks like he could have kissed Hermione. Wait, that wasn’t in the film. BUT STILL!

12: Least favorite film?
The Chamber of Secrets, I really did not like this book/movie. (Bookish Luna and I have this one in common too.) I only watch this because I have to.

13: Favorite character?
I really love the Weasley twins. I like writing fanfiction about them when I wrote it anyway. I also like Luna, Hermione, Sirius and Neville.

15: Favorite teacher at Hogwarts?
I think I like Professor McGonagall best and Professor Flitwick. (Sorry if I got the names wrong.)

17: Do you have any unpopular opinions about the series?
FREMIONE!!!!!!! It should have happened.

18: If you could save one character from the finale battle who would you save?
I’d pick Fred of course because then Fremione has a chance. And of course I’m forever worried about how George is doing even though he’s a fictional character. I know it’s silly but that just makes me so sad.

I tag…. any Harry Potter nerd. I didn’t get tagged for this so I am just leaving this open for anybody to join in. Have fun!

Thanks for reading! What is your favorite Harry Potter book/film?

2 thoughts on “Tag: The Hogwarts Tag”